SKU
MD-01704
Skip to the end of the images gallery 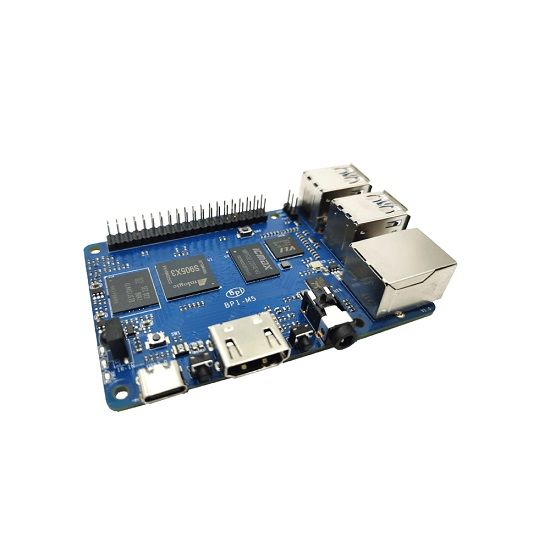 Skip to the beginning of the images gallery
PKR14,800.00
Quantity: 0
Notify me when the price drops
Category: Single Board Computer
Details

A common trend with the Pi-branded boards, is that they are starting to stir away from the given name and getting their own territory. We have seen that recently with the Orange Pi series, and the new Banana Pi BPI-M5 is another good example of it. But what SinoVoip Co. has in store for us this time?

The Banana Pi BMI-M5 is released after an 18-month stint of its predecessor, the Banana Pi BPI-M4, which was very well received by the maker community, and we think the BPI-M5 will not be an exception in this regard. Regarding its capabilities, we can classify it as somewhere among the lines of the Raspberry Pi 4 and the Odroid C4, with the latter actually using the same Amlogic S905X3 processor. From the outside, you can see the interesting I/O packed into this board, with USB 3.0, ethernet, HDMI, audio jack, and power via USB Type-C, so we are very well served in that regard.

But what about specifications, is there anything to put it above its competitors, or the opposite? Let us take a look at them: